The reason to write this article has become one humoristic picture, such pictures are called "demotivators". She looks like that. She clearly demonstrates the opinion of Russians about the Arab Emirates. In the presentation of our citizens, this country is engaged only by the sale of oil, and the residents of the UAE seem like loafers eating oil revenues.

In fact, everything is not at all, and we will talk about it in detail in this article.

Arab Emirates are a good example of a diversified economy. Speaking easier, the economy, "touched with an oil needle".

Of course, oil and petroleum products still occupy the weighty part of the UAE gross product, but their share has not been determining. Now (the article was updated in 2021) The share of oil and gas in the country’s GDP is only 29%.

Country Management For a long time invested oil revenues to other industries and achieved stunning success. Now the UAE is the most independent country of OPEC. Consider those industries that Arabs managed to successfully develop.

Naturally, it is not enough easy to build hotels by the sea. It is required to develop infrastructure and ensure resting leisure and travel to attractions. Without this, the resorts will not raise popularity.

And which in the UAE attractions? Neither historical nor cultural places here. Attractions had to create "from scratch", as well as create a tourist infrastructure.

In the UAE, sufficiently bright examples of man-made wonders. The highest building of the world – Khalifa Burge Tower. The largest indoor entertainment park – Ferrari WORLD. One of the largest shopping centers in the world – Dubai Mall. All this was built for the sake of tourists first.

Arab Emirates have become not only a beach holiday destination, but also "Rai" for shopping. There is no tax NSP, VAT is only 5% and prices for any goods are always low. We wrote in detail about it in the article "What to bring from the UAE".

Turmpnotok in the UAE is growing every year. Of course, the Arab Emirates are still far from Turkey with its 52 million tourists (following the results of 2019) or to Hainan Island in China with 33 million. But the future will show what the tourist potential of the UAE is actually.

For example, you decided to fly to Nepal, Australia or any other country where direct flights from Russia do not fly. You will go to the search site for airfare, and with a probability of 90% the best offer will be from the aircraft from the UAE.

It is the flights with a change – their "Konk". On the total number of passengers, no Arab airline is among the top ten leaders. But by the number of kilometers of flights of flights, Emirates ranks third in the world, yielding only the American giants "Delta" and "United".

When there is a need to store somewhere in the way on the way between Asia and Europe, the majority of the digins prefer the ports and warehouses in Dubai.

It is perfectly organized by loading and unloading, and almost no logistics delays. In warehouses and in the port of Dubai never disappears. The ports of the Arab Emirates are successfully located close to the main transport marine routes.

Prices for storage of goods here are lower than in European countries. In the UAE, a hot and dry climate, which contributes to the cheaper storage of goods, and the free space for warehouses here is plenty – the desert is large.

Millions of dollars received from the sale of oil went to the construction of marine terminals and warehouses. This is one of the most effective attachments of "Nefedollars" in world history.

Roast desert sun and constant winds – not the most comfortable conditions for a person. But to generate energy, such conditions are perfect.

In 2019, a new solar power station "Noor" has joined the Emirate of Abu Dhabi. The capacity of this plant is 1 177 megawatt. More power plants are only in China, India and Egypt. UAE spent a record amount for this project – 870 million dollars. In the queue The next project Al Dhafra with a capacity of 2 gigavatta.

Neighboring Emirate Dubai is not going to lag and implements the capacity building program. The next stage of the plan was made in 2020, the total power of the sun batteries in the park named after Mohammed Ibn-Rashid in Dubai amounted to 800 megawatt. Next goal – 1850 megawatt.

Emirate Abu Dhabi boasts the most environmentally friendly city in the world. This is a city of Masdar at 17 kilometers from the capital. In this city, carbon raw materials are not used at all, and all the energy is produced by a neighboring solar power plant and solar panels on the roofs of buildings.

International Finance and Offices of Corporations

This project of the Arab Emirates is difficult to call successful. The idea was good – build gorgeous office buildings and attract offices, research centers and financial structures of large international corporations.

Skyscrapers built, but foreign companies are not very actively seeking to place their offices in the UAE. This is prevented from a very good climate and the unwillingness of the staff to come to PMZ in the UAE. 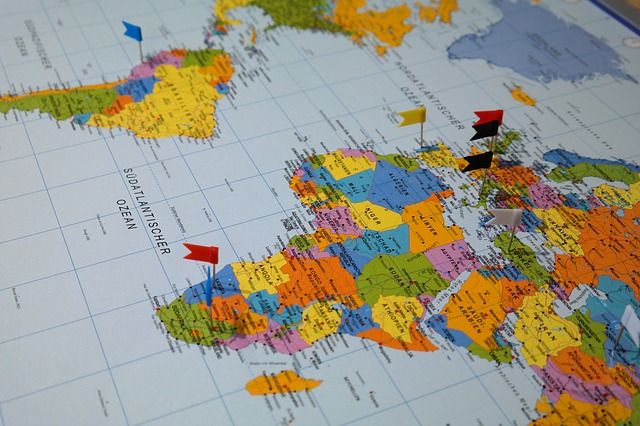 In addition, here is a large deficit of qualified labor. Local Arabs are well educated, but they are engaged in their business or civil service. Foreign experts require high wages.

Gradually, the project "bent", leaving behind tens of thousands of square meters of empty office space. Recall at least the Tower of Burj Khalifa, which is half an empty. But the commercial real estate deficit in the UAE is not observed, and there will be no next few dozen years.

Now many readers will be surprised. What in the desert there may be agriculture? It can even be, and in the UAE, it successfully develops.

First, it is fisheries in the waters of the Persian Gulf. Secondly, not the whole territory of the Arab Emirates is busy desert, and some lands are quite suitable for cultivation of crops. Most of the arable land is located in the Emirates of Fujairah and Ras Al-Heima.

What you need plants? Sun, water and fertile soil.

With the sun in the UAE there are no problems. With water now, too, because here they have learned cheaply and effectively make sea water. Last remains – fertile land.

Arab Emirates actively buy fertilizers of all kinds, forming new agricultural land. Of course, they do not grow potatoes or buckwheat. Their horse – vegetables and fruits – everything you can sell expensive.

UAE – one of the leaders in the cultivation of eco-food food. Of course, they will not meet their strawberries in Russia in the stores "Auchan" or "Crossroads", since it is expensive products. But in the store "Azbuka taste" Eco-products from the UAE occur periodically. The main consumer of agricultural products Arab Emirates – Western European countries.

We will not continue the list of economic achievements of the UAE, it is so long that you can make a whole website on this topic. We wanted to show that the Arab Emirates is not only oil. This is one of the most innovative economies of the world.

This article was updated in February 2021. Oil is now about $ 64 per barrel, although in 2013 it was higher than 100 dollars. We in Russia feel this price with their wallet. And in the UAE, ordinary citizens did not particularly notice, although their country’s budget is also reduced. They are more concerned about the decline in the indicators of all sectors of the economy in connection with Coronavirus.

The answer to the question "What will happen when oil is over?"It looks completely different. With a huge regret, you will have to state what it looks like this.

In the UAE they were engaged in the diversification of the economy, they were able to effectively invest oil money into their country. What money in Russia has invested? In mansions on Rublevsky highway, and how they will help our country and our people at the price of oil 30 dollars per barrel?

We wish all the readers of prosperity, and read our articles about the Arab Emirates (Links below).

In the UAE, the power of people thinks, and in Russia, unfortunately, about their wallets, well, and the palaces of building too. &# 128549;